Unless you’re a huge star, putting your music up on streaming services such as Spotify isn’t going to make you rich.

It’s estimated that if your music generates a million plays on Spotify, you’ll earn around $7,000. The vast majority of musicians will never hit those numbers.

The good news is that if you’re a music producer, there are much better ways to earn money from your work. One of which is sync licensing.

Read on as we outline all you need to know about how to succeed in sync licensing.

What Is Sync Licensing?

A sync license is a type of music license that the owner or composer of a piece of music grants to a licensee.

The copyright is usually divided into two parts; the composition itself, and the recording of that composition. If you are producing your own music, then you will usually own both of these rights.

Sync licensed music is used in a wide range of visual media.

Microsoft famously spent $3 million for the rights to use a song by the Rolling Stones in the advertising campaign to launch Windows 95.

Sync licensing has several benefits, beyond the obvious one of getting paid by the licensee for the use of your music.

It’s also a great source of passive income. Once you’ve finished creating your masterpiece, you put it out into the world, and it can continue to earn you money for years to come. The more music you have out there, the more passive income you can make.

What Music Is Best for Sync Licensing?

If you want to make money from sync licensing, you need to be sure that you’re producing that type of music that people will want to license.

Almost any type of song or instrumental can sell if it’s well made, but there are ways to make your work more likely to get picked up. Lyrics that are too specific can work against you as they will only suit very specific circumstances. Some musicians focus on instrumental music only to remove the issues that lyrics can cause.

If you’re going to include lyrics, positive, uplifting, and energetic messages are usually more in demand than songs that make you want to burst into tears.

How to License Your Music

If you think that sync licensing is for you, then you have several options. Which one you will pick will depend on your circumstances.

If you sign up with a publisher, they will take care of a lot of the work for you.

It is in their interest to get your work placed, so they will work hard to get it out there. The downside, of course, is that when they are successful in placing your work, they will take a percentage of your fees, leaving you with a smaller return.

If you’re signed with a record label, they may have their own sync manager.

Once again, your label will benefit if they can place your music in an advert or a movie, so they will work hard on your behalf to do so if they think there is money to be made. Having the might of a record label behind you can definitely help to get your music out there, but you’ll be missing out on some of the return.

There are specialist agents who focus purely on sync licensing.

They will pitch your music to their clients to get your music placed and take a cut of the proceeds in return. A good sync agent will have a strong relationship with clients and so have a much better chance of getting your music placed, but you’ll pay for their expertise.

If you’d prefer to go it alone, it’s more than possible to do so.

You can try pitching your music to clients yourself and cut out the need for a sync agent, but getting them to take your call in the first place might be a challenge. A simpler method is to put your music on a licensing platform such as Rumblefish. People looking for music for their movie or video game can search the site to find exactly the thing they are looking for.

It’s a simple way to get your music out there, but the site will take a cut of your earnings, so it’s important to bear that in mind. If you’re looking to make good money online with a minimum of fuss, these sites are probably the easiest way to do it.

Are You Looking for Ways to Make Extra Money?

Sync licensing is just one of several ways to earn some extra money.

If you’re looking for ways to make extra money every month, then I’m here to help. I created this website to show you how to take control of your money situation. Unlike other sites, I don’t focus on how to manage your money, but rather how to make enough money that you won’t need to.

If you would like to learn more about how to have more control in your financial life, then take a good look around. 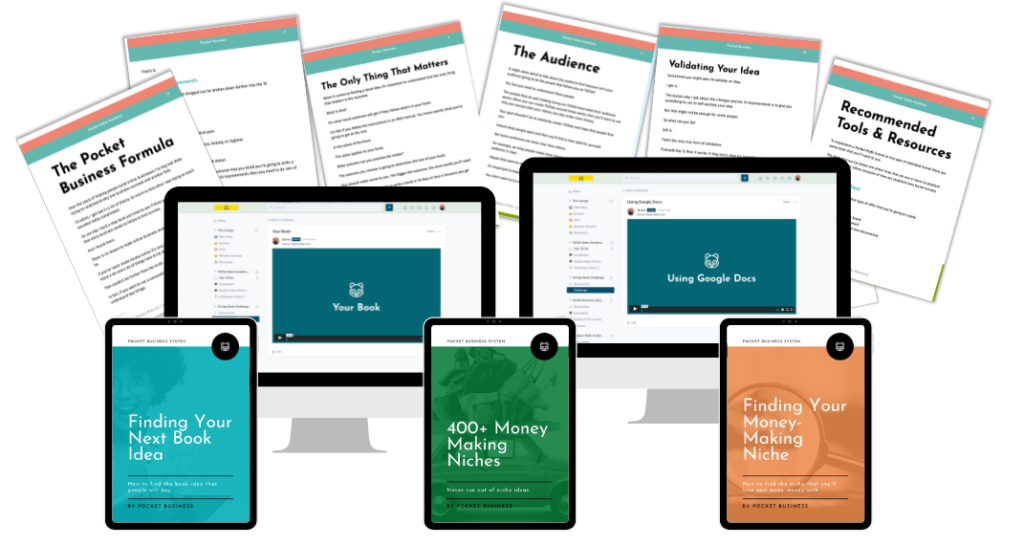 Follow the proven system that will help you create an infoproduct in 10 days or less to sell to your audience.

Learn how to start from scratch or use your existing audience to create a Pocket Book in just 10 days.

What Do You Need to Do?

Unlock not only the topic, but the RIGHT audience that will need your help.

That means the people that are ready to buy something today.

You can’t write about anything.

You need to know how to find the right problem to solve that will allow you to create a book in a short period of time that people want to buy.

10 days doesn’t seem like a long time, but you’ll learn the tricks to make it happen.

Even if you have a full-time job and a limited time to yourself.

The 10-Day Pocket Book Challenge will walk you through each of these steps....

You Got It Wrong

Most people severely overestimate what is needed to create a digital book that they can sell.

They imagine months of research or even years of experience.

But the reality is that anyone, yes that includes you, can write a book in less than 10 days and put it up for sale.

You think too big. You think a book has to be comprehensive around a topic.

That you need to dive in super deep so the reader gets to know everything about the subject.

That means you spend way too much time doing stuff that isn’t going to help you finish the book or make money from it.

What Makes It Worse...

You could write 2-3 books a month to sell.

Instead, you’re sitting on an idea for years.

Use the motivation and resources that come with the challenge to choose the niche and the outcome that will appeal to your audience.

That means in 10 days you’re going to have a book ready that people will actually want to buy.

And you’ll be ready to get started on your next one.

By following a simple framework that allows anyone to jump into a niche, find the right topics, and write an ebook that they can sell almost immediately. 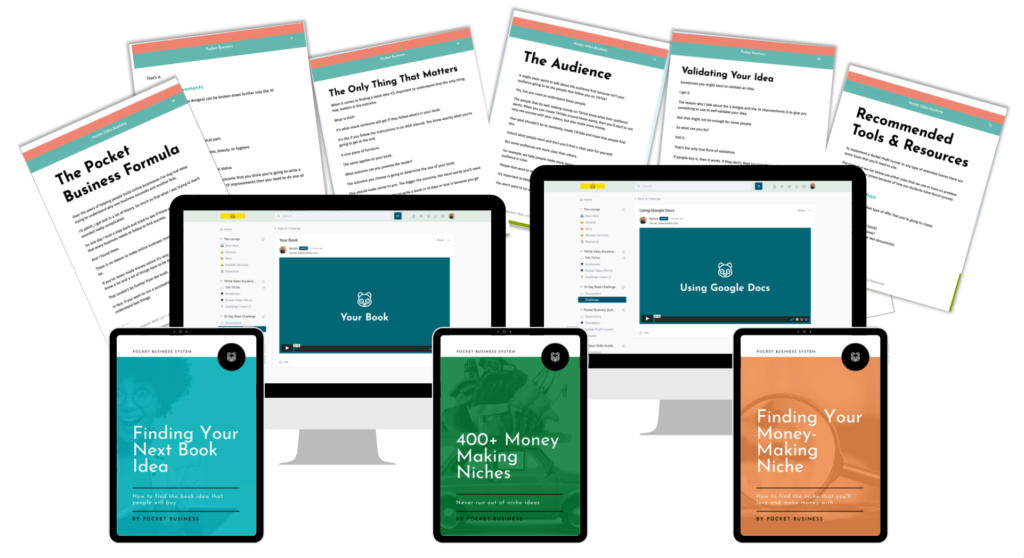 Write and Sell Your Digital Product in 10 Days 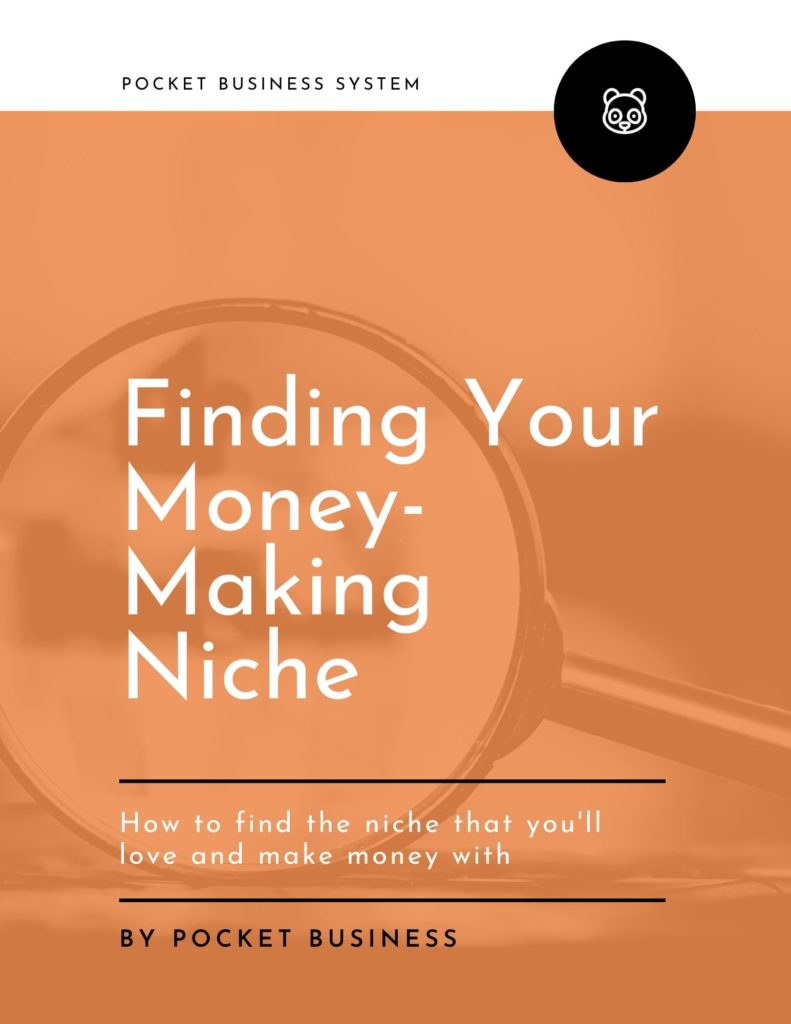 Whether you know your niche or not you’ll want to make sure it’s the one that you can make money in.

Otherwise, what’s the point of doing this?

You’ll learn what really makes a niche and how you can rise to the top. 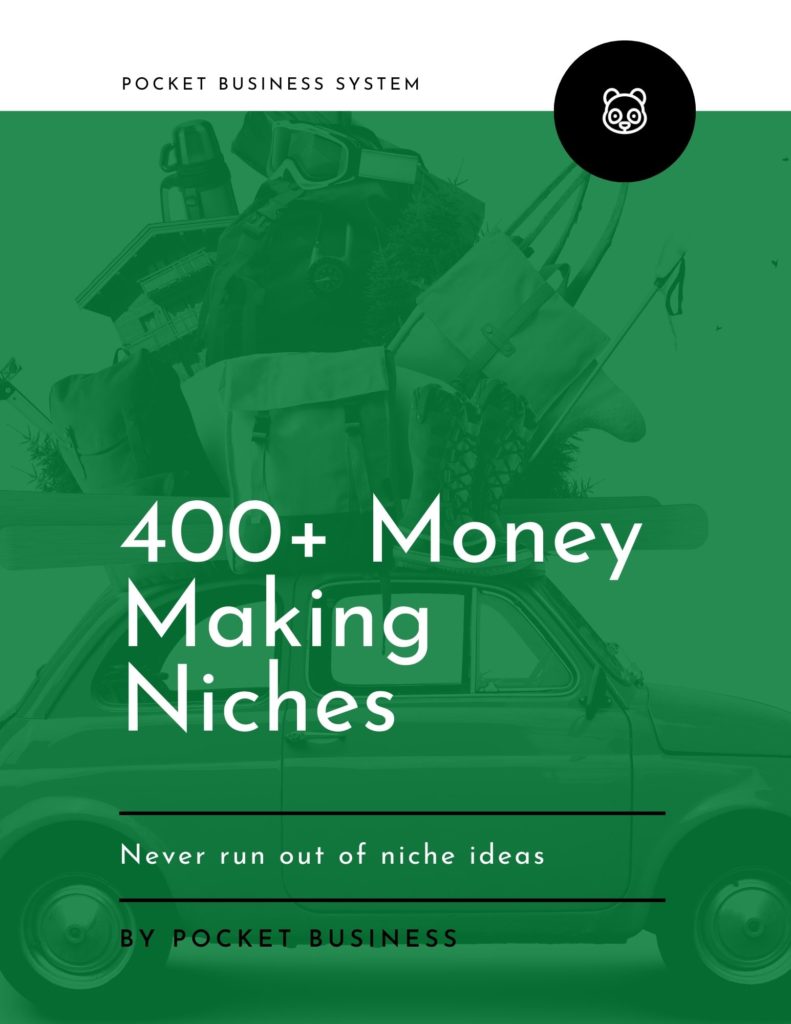 Here are 400 money-making niches that you can dive into if you just want to make sure that you’re on the right path.

You can choose your own, but some people like to have a little bit of help.

How to Find Your Book Idea 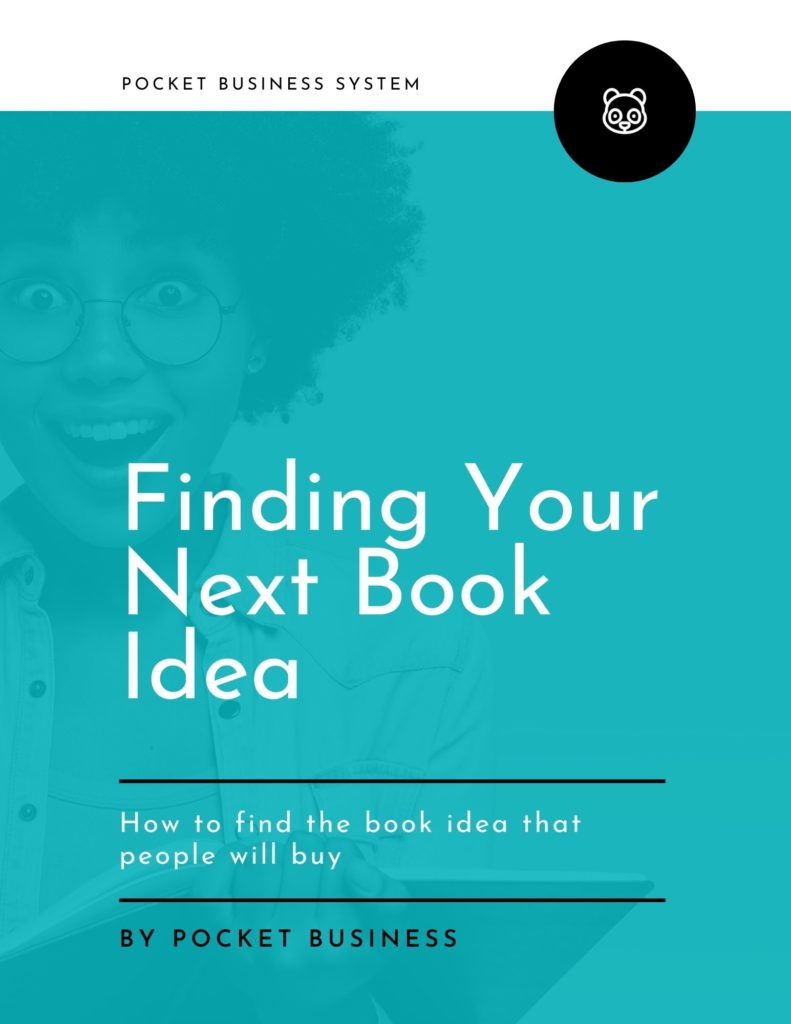 Here you’ll learn how to find the right idea for your book so you don’t overwhelm yourself and make sure that you do write something that people want. 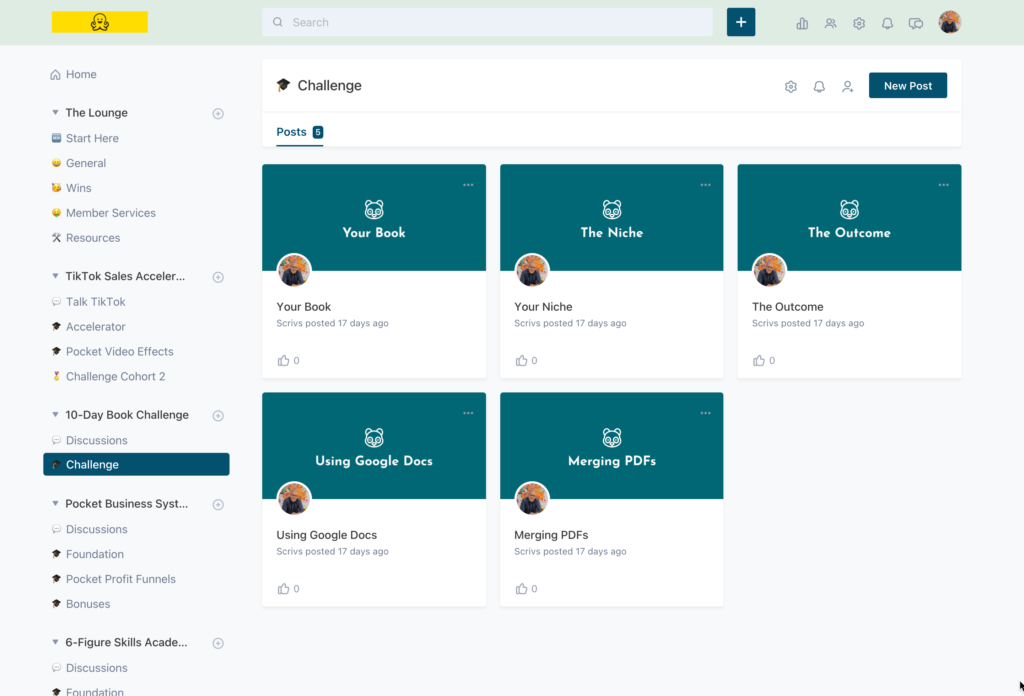 You won’t be taking this journey alone. You’ll get access to the Pocket Book Challenge community where you’ll get insight from people that have done the Challenge before you.

You have a support system that will walk you through everything and celebrate your wins.

You Just Need ONE Thing...

To make money online you need to offer people something.

If you don’t have that something then everything else that you’re doing goes to waste.

You can either have a sellable asset ready for your audience in 2 weeks or you can try to figure out how you’re going to make money 2 months from now.

The truth is when you have a digital asset in your portfolio, you give yourself a shot and that’s what matters. 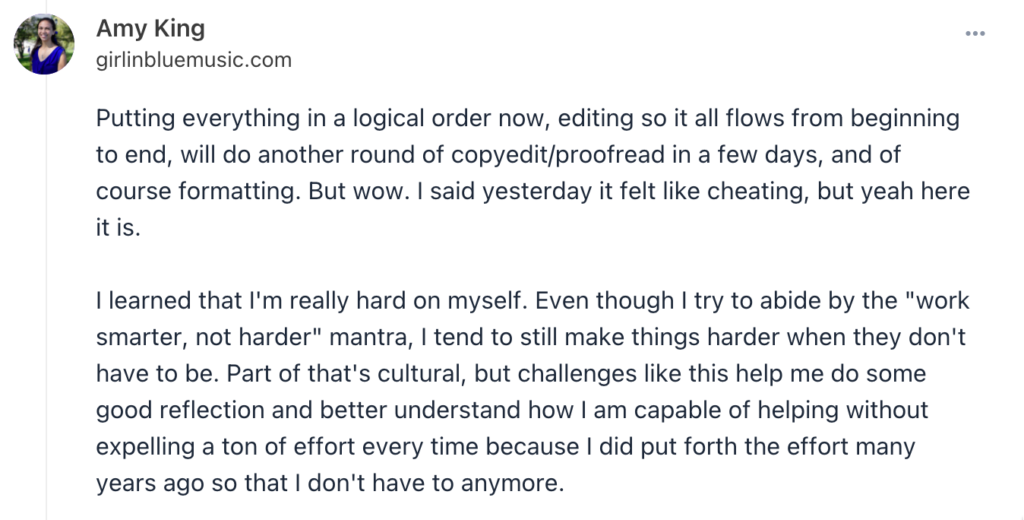 Hey that's great Amy! Did anything else happen once you were done with the book?

That's what I'm talking about!

Can I really write a book in 10 days?

Yes. Can I guarantee that you’ll do it?

I can’t sit down and write it for you, but you’ll unlock all of the tools needed to make it happen.

Do I only have 10 days to access the material?

No. You’ll always have access to the material, but it’s formatted to show you how to complete a book in 10 days.

You can take as long as you want though.

Does this work for fiction books?

This is about creating information products.

Each strategy focuses around that so while you might be able to do this for a fiction book, it’s not really meant for that.

Over the past 6 years I’ve written over 20 infoproducts and each time it takes me less and less time.

I can’t wait to show you my process so that you can have an even bigger smile.

I’ll see you on the other side. 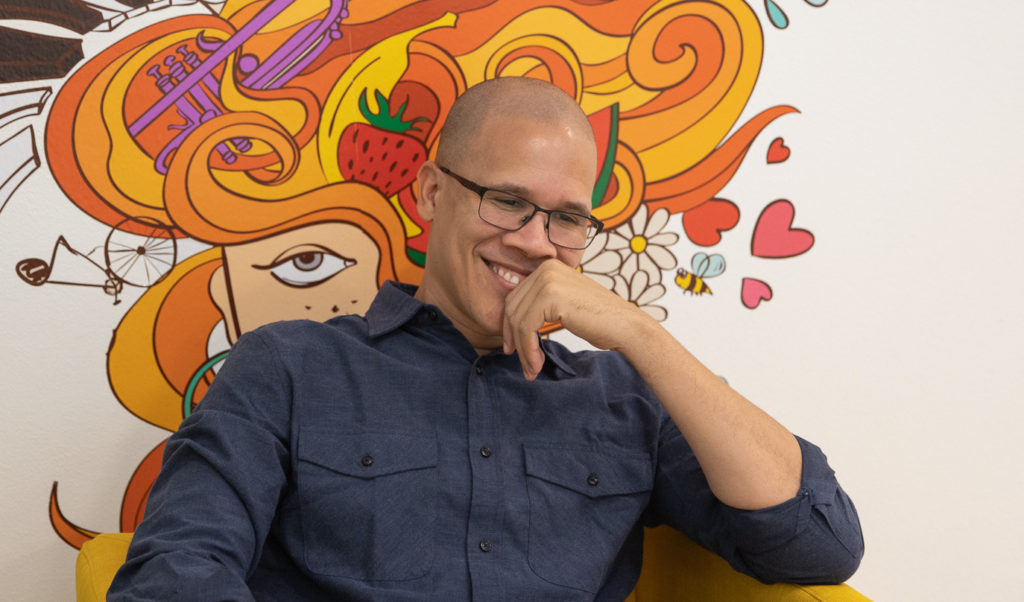