If you are thinking about saving money and starting a budget then you need to consider the Cash Envelope system. It’s not a new crazy method. It’s actually been around for quite a while.

However, in the age of debit/credit cards and online payments it has kind of gotten lost in the mix because who still carries cash around?!

How the Cash Envelope System Works

What’s so great about the cash envelope system is that you can get started today. Like right now.

You don’t need to have a ton of money saved up and more importantly, you don’t need crazy envelopes to start off. I know that sounds crazy but facts are facts.

The idea behind the Cash Envelope System is that your money gets put into silos. 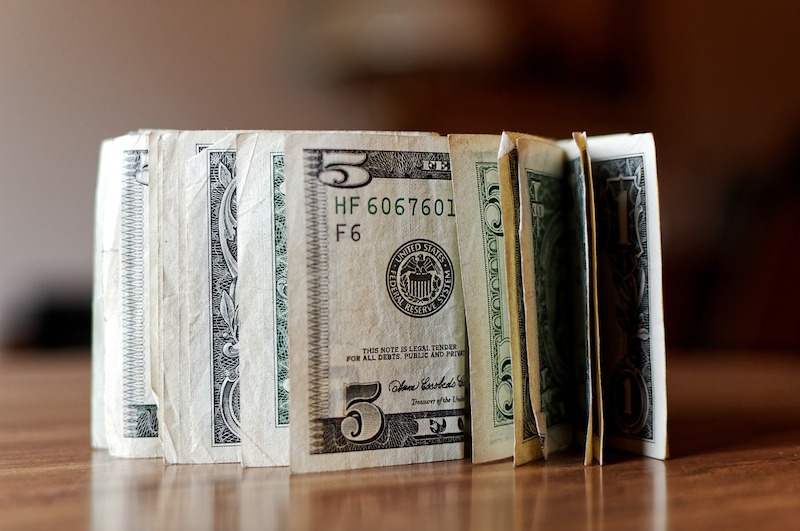 We are going under the assumption that you get paid twice a month and your total take home income is $1,000.

You budget $500 / month for groceries so $500 goes in the groceries envelope. Yes, you probably have to go to the bank and withdrawal $500 to make this happen.

The money in this envelope only goes to groceries and not used for anything else. That’s important.

As you can imagine this requires discipline.

If you’re only supposed to spend $250 each trip at the grocery store and find that you have $253 worth of items in your cart then it’s time to put the Fruit Loops back on the shelf.

You can’t cheat. You can’t say you’ll make up the difference later.

The idea is to get a hold of your money and stop letting it stress you out or get out of control. You can’t do that by constantly saying you’ll catch up later.

Hopefully by now you understand the importance of having a budget in this system. If you don’t even have a budget set up yet then go and read the 10 steps to starting a budget today.

Each paycheck goes into those envelopes.

There is no leftover money. You don’t have 10 envelopes and a spare $20 hanging around. The money needs to be allocated somewhere.

How to Do the Cash Envelope System: Step-By-Step Instructions

Before you start to fill up your envelopes with all of the cash money you are bringing in you need to figure out the frequency in which you are filling them up. Are you going to fill them up every Wednesday (I just picked a random day) or every paycheck?

You want to develop a system because routines are awesome and when it comes to money you don’t want to do things arbitrarily.

When I was working a 9-5 (now I work for myself and make over $10,000 a month) I would take cash out every paycheck. Since I was getting paid twice a month this meant two trips to the bank every month.

It wasn’t that big of a deal and I liked having a routine.

How to Pay Online Bills

If you’ve gotten this far without asking how do you handle online bills then I don’t know if I’m impressed or concerned that you don’t have Internet access.

Almost every single bill you pay is probably done online. It seems kind of silly to take cash out, put it in an envelope, and then go back to the bank and put it back in when it’s time to pay the bill.

And it is silly.

Instead, keep the money in the bank but still create an envelope. Instead of putting cash in the envelope you are simply writing the budget on the envelope and how much you’ve spent.

How to Handle Irregular Expenses

Because I live in Vegas that means almost once a month I have a friend or family member visiting (lucky me) and that means irregular expenses. It can be tough to plan for someone coming to visit you two months from now and you go out for a night of drinking and eating.

It’s not impossible, though.

I simply map out on a calendar when people are arriving and I allocate a budget for them. If you’re worried that you can’t do all of the fun things with them because of your budget then this is where you need to take a leadership role and decide on the plans.

If they know what they want to do ahead of time then good for them! They can tell you ahead of time and you can plan accordingly.

The less surprises you have in your life when it comes to money the better off you’ll be.

I’ll freely admit that I do everything either online or with my debit card now. There is no reason to take out cash anymore.

So does this mean I still don’t use the cash envelope system? Of course not. I still use it and I’ve found a bank that actually makes it easy for me to implement.

Visualize Your Expenses and Budget

What made managing my money so hard was that I couldn’t visualize it. When you see a number in your bank account and have electronic bills it’s hard to keep those things in your mind so you go off spending whatever.